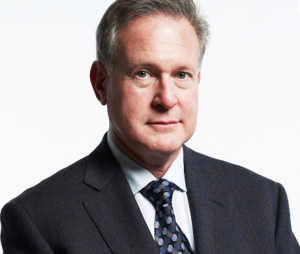 He is an American pediatric endocrinologist.

He is Professor of Pediatrics in the Division of Endocrinology at the University of California, San Francisco (UCSF), where he specialised in neuroendocrinology and childhood obesity.

He is also director of UCSF's WATCH program (Weight Assessment for Teen and Child Health), and president and co-founder of the non-profit Institute for Responsible Nutrition.

Several years ago, scientists used to perform science and the grants they obtained were based on merit. Their results were then used by policy makers to inform health policy.

Old medicine used to deal with infections and microbes while now it has to deal with chronicle diseases and multinational corporations.

A striking example is given with the consumption of sugar. Many scientists had their researches about the danger of a high consumption of sugar funded by companies like Coca Cola. Therefore, some scientific papers claimed that obesity and diabetes were not due to sugar but to a lack of physical activity.

Scientists like Robert Lusting fought against those theories. Rober Lustig is the godfather of the sugar tax. He showed that in order to reach their goal, scientists have to: advocate themselves, advocate their position and advocate for science.

One mean to fight against the dark force is to write Op-Eds in order to influence opinion. In these Op-Eds, you must demonstrate your lack of bias, by being up front with your values otherwise people will not trust you.

• You must be persuasive and short

• You must use data, but not too much

• You must teach them something they did not know

So you have to (quickly):